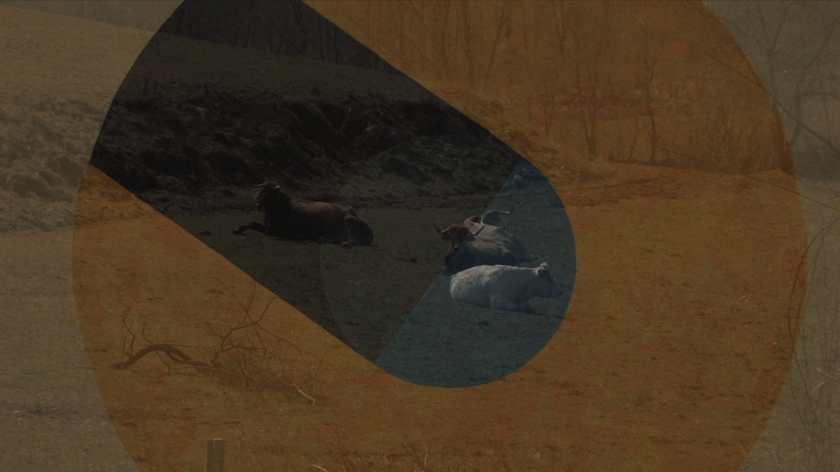 Gradations of Time over a Plane

During the last three years, since March 2010, Mariana Caló and Francisco Queimadela have been working together on the constitution of a major project entitled Gradations of Time over a Plane.
It consists of an ongoing inquiry upon the symbolic manifestations of the conception of Time in natural and man-made territories, which is then processed into chapters (currently nineteen) that can assume various configurations, sizes and temporalities, ranging from such diverse media as film projections, video installations or site-specific environments.
The research process of Caló and Queimadela is operated through an attentive observation of objects, images and landscapes that they relate to, which are frequently embedded within their own sphere of action and movement (things and situations they encounter or places they inhabit, they cross or that they belong to). But this research is only the starting point to the development of artworks that result from a deep reassembling of the collected material. The result is often a tight cross-breed between documentary-making, ethnographic practices, and diaristic procedures that establish complex articulations between images, textures and sound.
For their first solo-show in Milan, Mariana Caló and Francisco Queimadela will present a selection of chapters from Gradations of Time over a Plane in a new display specifically conceived for O’.